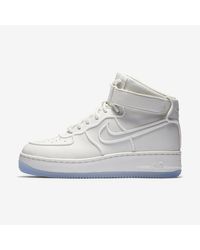 We check over 450 stores daily and we last saw this product for £80 at Nike.

Nike Air Force 1 Upstep High SI Women's, Summit White, Size 6. Step it up: The Nike Air Force 1 Upstep High SI Women's Shoe amplifies the original with a leather upper and a thicker sole. Benefits: Leather upper for comfort and support, Ankle strap for a custom fit, Phylon midsole with encapsulated Air for plush cushioning, Rubber outsole for traction and durability, Thicker midsole and outsole for a boost of height, Air force 1 origins: Transcending foot coverage since 1982, this once hoops shoe was named after Air Force One—the aircraft that carries the U.S. President. It was the first basketball shoe to house Nike Air, revolutionising the game for players like Moses Malone and Charles Barkley while rapidly gaining traction around the world, from the hardwood to the tarmac to the core of hip-hop culture. Today the Air Force 1 stays true to its roots with soft, springy cushioning and a massive midsole, but the Nike Air technology takes a backseat to the shoe's status as an icon. Colour: white 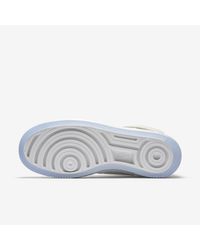 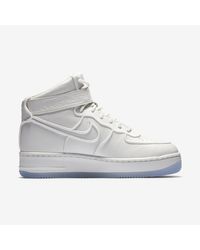 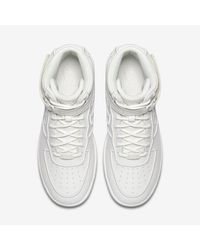