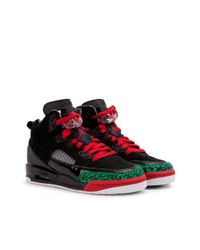 The nike air jordan presented the spizike for the very first time in 2006, dedicated to the film legend spike lee who portraid a jordan fanatic called mars blackmon in its own movie " she's gotta have it". The nike air jordan spizike is a hybrid of all sort of jordans. Sole is from the jordan iii, the shape looks like the v and the tongue is from the vi. This shoe has a black red colorway. This is the version for kids and women! Upper: leather. Colour: black 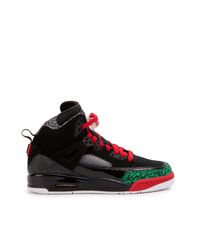 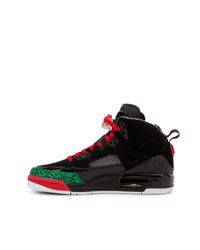 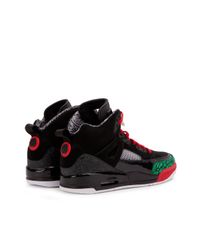 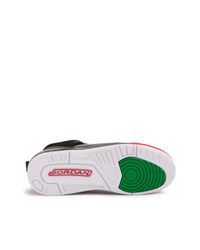 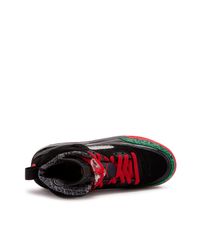