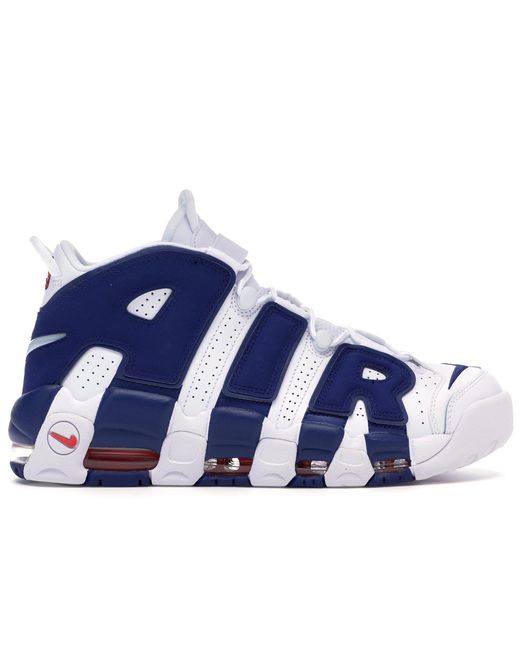 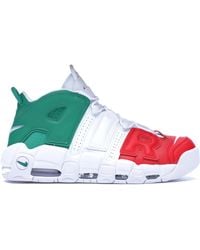 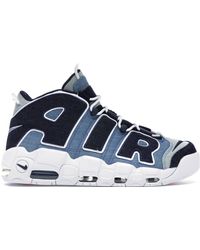 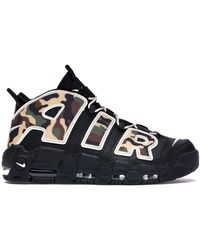 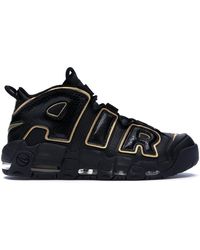 More visable Air, more huge letters. The Air More Uptempo '96 shows of the feeling of a era as no other shoes, but the trainer is still timeless. Don't be late and stay up to date. Volg @Sneakerbaas. Colour: blue

This Nike Air More Uptempo is known as the "Knicks" edition. They come in a New York-inspired white, deep royal blue and team orange colorway. Sporting a white-based leather upper with royal blue accents and hits of orange found on the branding throughout as well as the visible Max Air unit. The number "33" is found embroidered on the back heels, made to pay tribute to Knicks legend Patrick Ewing, a long-time rival of Scottie Pippen and the Chicago Bulls throughout the 90s. Their release date was September 1st, 2017 where they were available at select Nike Sportswear accounts worldwide. They were available in both men and gradeschool sizing with the adult pairs retailing for the usual $160. This Knicks-themed Nike Air More Uptempo is another must-have retro of this classic silhouette. Those looking to buy a pair can do so online now. If you have one to sell, check out the marketplace to see what they're currently going for.