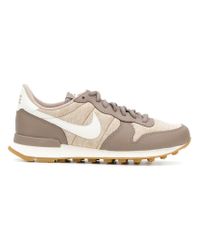 We check over 450 stores daily and we last saw this product for £90 at FARFETCH.

American sportswear giant Nike was originally founded in 1964 under the handle Blue Ribbon Sports by Bill Bowerman and Phil Knight, later taking on the Nike appellation in 1971. Named after the Greek goddess of victory, Nike's signature swoosh logo is considered to be one of the most iconic, adorned across the label's clothing, footwear and accessories. These beige leather Internationalist trainers are a staple piece and feature a round toe, a signature Nike swoosh, contrasting panels, a lace fastening and a logo patch at the tongue. Material:Leather/Polyester/rubber. 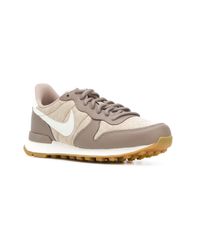 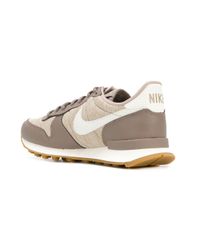 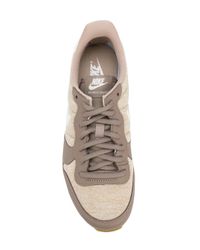