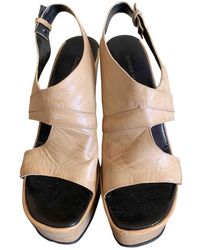 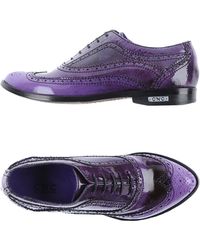 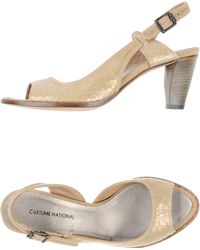 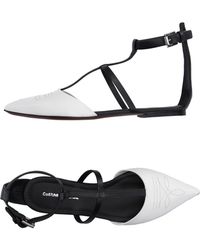 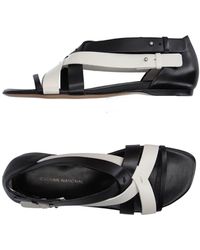 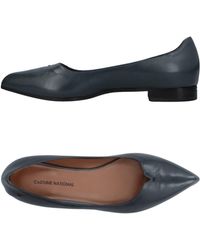 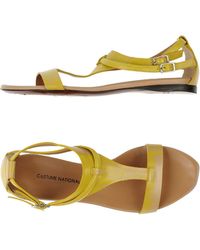 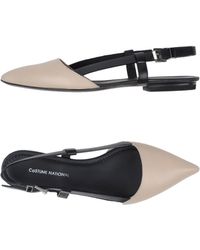 Italian designer Ennio Capasa launched CoSTUME NATIONAL with his brother in 1986 after a stint as Yohji Yamamoto's assistant in Japan. Since then, the CoSTUME NATIONAL brand has become the go-to for edgy womenswear that boasts impeccable tailoring and androgynous style. Ennio Capasa has picked up numerous accolades for his work receiving the La Kore award for designer of the year in 2003 and 2005. Modern, trend-led and elegant, CoSTUME NATIONAL flats will become your go-to footwear staples. Cut-out leather sandals, pointed ballet flats and suede moccasins feature detailing such as subtle embellishments, zip accents and luxurious patent leather finishes. Take your pick from this edit of contemporary CoSTUME NATIONAL flats and step out in style this season and the next.