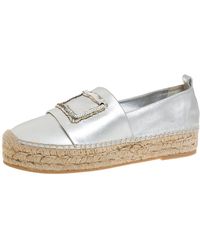 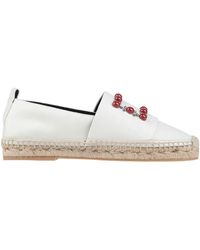 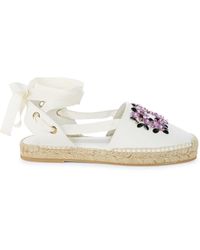 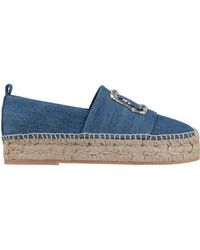 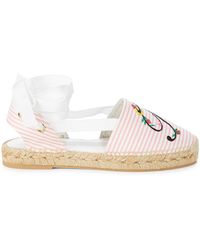 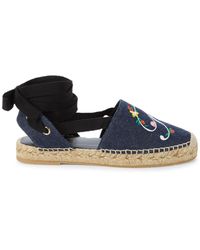 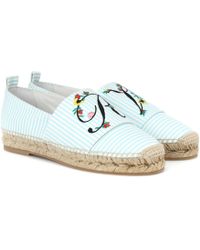 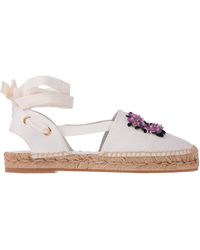 Roger Vivier is the namesake label crated by the French footwear designer. Known as the ‘Fabergé of Footwear’ due to his incredibly detailed and intricately decorated shoes, Roger Vivier began his career in the 30s working for Elsa Schiaparelli before moving to the house of Dior, famously creating the first stiletto in 1954. Now with a full line-up of footwear from bejeweled boots to flat pumps under his namesake label, the Roger Vivier collection of espadrilles features a range of styles including slip-on pumps and ankle strap pumps in a range of colours.