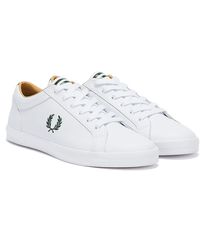 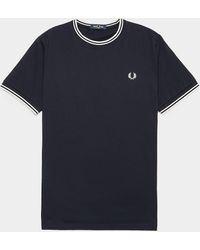 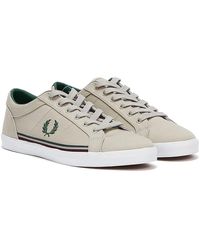 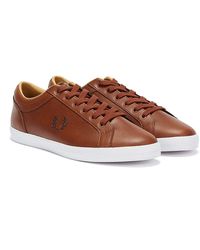 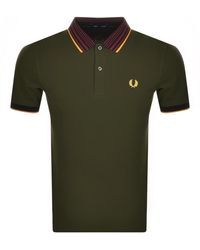 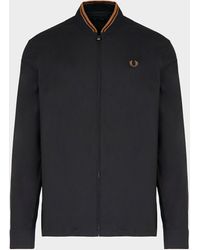 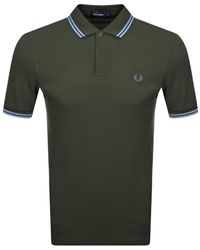 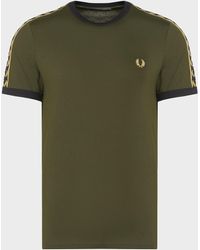 Over six-decades strong, Fred Perry remains one of the few brands that has true iconic product - the Fred Perry Shirt.

Luxury sportswear brand Fred Perry was named by the champion English tennis player himself. With 10 majors, eight grand slams and three consecutive Wimbledon Championships as part of his achievements, it was meeting with Austrian footballer Tibby Wegner that propelled his sporting success into the fashion world. Wegner suggested a clothing venture and the two came up with logo-detailed wrist and forehead sweatbands. It was the 1952 debut of the Perry polo shirt that became truly iconic. Today, the trademark Laurel Wreath motif remains on all clothing for both men and women, in collections that fuse together sporty structure with an urban vibe. Browse and shop the full range of Women's Fred Perry Clothing, Shoes, Accessories and Handbags as well as Men's Clothing, Men's Shoes, Men's Accessories and Men's Bags.