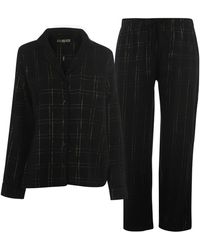 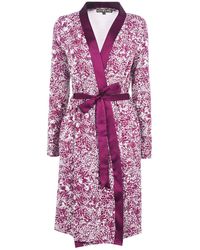 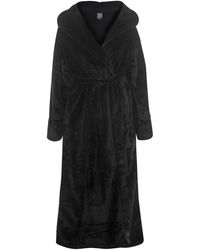 British brand Biba originally began life as a department store in the 60s, founded by Polish-born Barbara Hulanicki. By the Seventies it had become a household name, drawing in a crowd of fashionistas and A-listers alike to its glamorous, decadent designs that captured the Art Deco movement of the era. Reinvigorated under its relaunch with House of Fraser in 2010, the label continues to offer up glamorous and effortlessly on-trend apparel, homeware and accessories. Lounge in luxury in Biba's range of nightwear, featuring silk pajama sets, luxe slip dresses and embroidered, vintage-inspired robes.