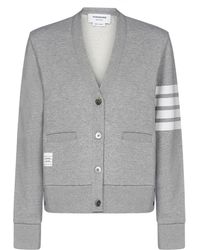 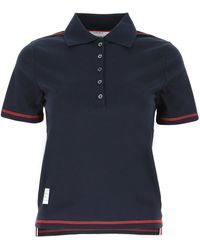 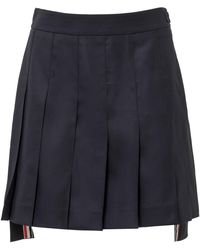 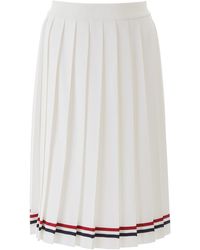 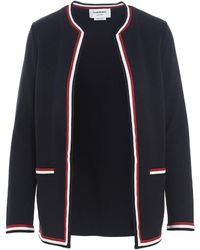 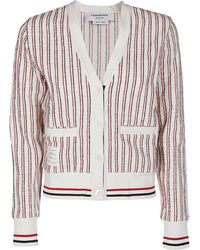 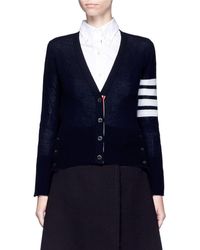 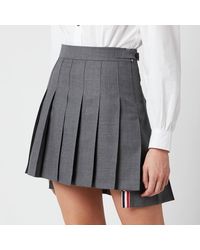 Thom Browne established his eponymous label in 2001, and the label has since set the benchmark for tailored sophistication with its unique approach to menswear. The brand's first men's made-to-measure store was opened in New York in 2003 and in 2008, Thom Browne received GQ's 'Menswear Designer of the Year' award. Following on from the success of the menswear collections, the brand introduced the first women's ready-to-wear line in 2011. With this womenswear range, Thom Browne continues to innovate as a maker of impeccably tailored designs. Expect coats, blazers, skirts, trousers and more, all modernised with unexpected detailing and reworked silhouettes.