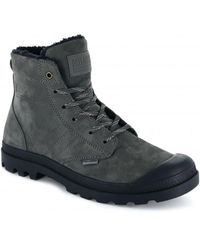 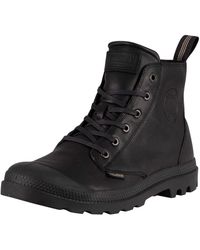 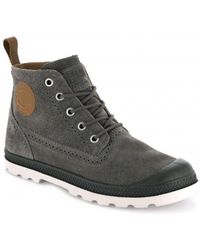 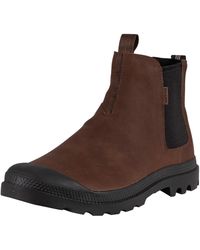 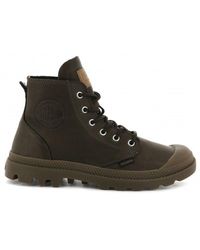 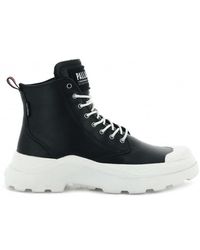 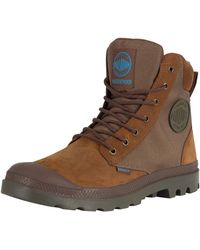 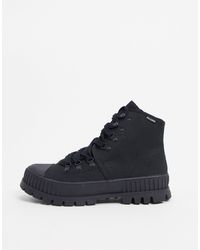 Palladium began making tires for the fledgling aviation industry in 1920 and their expertise became so widely known that Palladium tires were used ubiquitously. After World War 2 the brand began producing footwear to match the durability of their tires and in 1947 the legendary Pampa boot was born. Today, men's Palladium shoes are still as revered as ever, featuring the classic design that has been endlessly popular for more than 60 years. In Premium materials and with cutting edge styling, men's Palladium shoes are ready to take you from your city to the rest of the world.